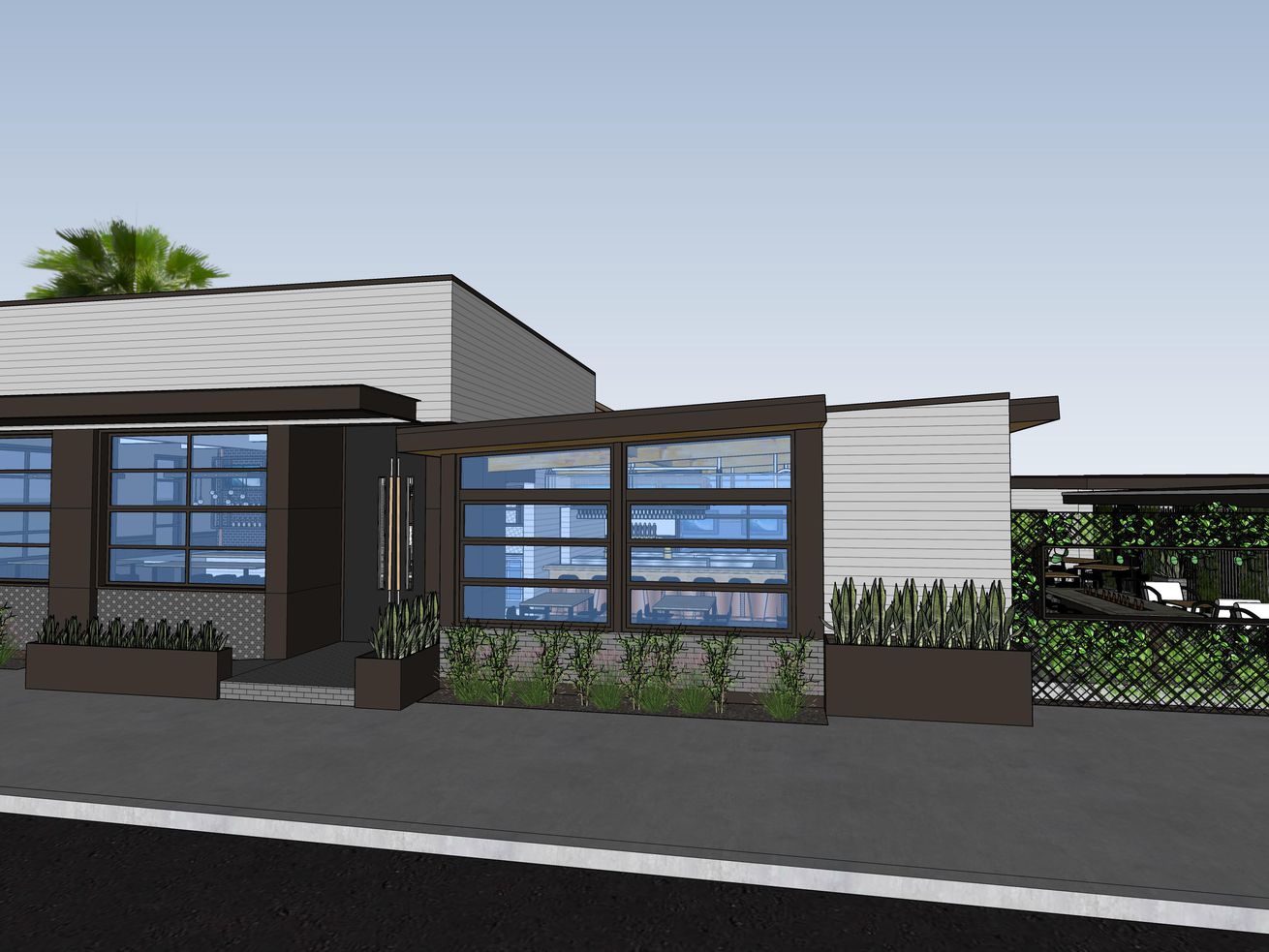 “La Doña represents our expansion into Mexican cuisine and brings an outstanding menu to the Ocean Beach food and beverage scene”, shared Social Syndicate CEO Brendan Huffman, “The neighborhood has always been welcoming, and we are proud to introduce our newest restaurant concept to this community.” The former site of Nati’s Mexican Restaurant, which closed last June after six decades in Ocean Beach, will have a new tenant that’s well-known to the neighborhood; hospitality group Social Syndicate, which runs a number of local venues including OB Surf Lodge and Wonderland Ocean Pub, will be taking over the Bacon Street space. Previously slated to house a project from Pop Pie Co., the newly-remodeled freestanding building is still owned by Nati’s Inc. but is managed by Foley Development, which intends to build a large apartment complex behind the restaurant.
Social Syndicate will be opening a Mexican eatery called La Doña in the 2,660-square-foot space, which includes an additional 1,468-square-foot patio. Scheduled to open in this fall, the cantina-style restaurant is being designed by Tecture (Bivouac Ciderworks, Nolita Hall) and will serve a menu of seafood-based tacos made with fresh homemade tortillas and cocktails featuring mezcal and tequila.
Mike Spilky of Location Matters represented the landlord and tenant in the transaction and said, “The Social Syndicate team has a great pulse on the Ocean Beach; combined with their Mexican concept paying homage to Nati’s, it’s going to be a home run.”
The ownership team includes Social Syndicate’s board of directors and Ocean Beach operators Hoffman Leung and Mina Desiderio as well Matt and Judd Braun, the local brothers behind Blue Water Seafood who partnered with the hospitality group for their Ocean Beach location.
The owners of OB Surf Lodge score the sought-after space