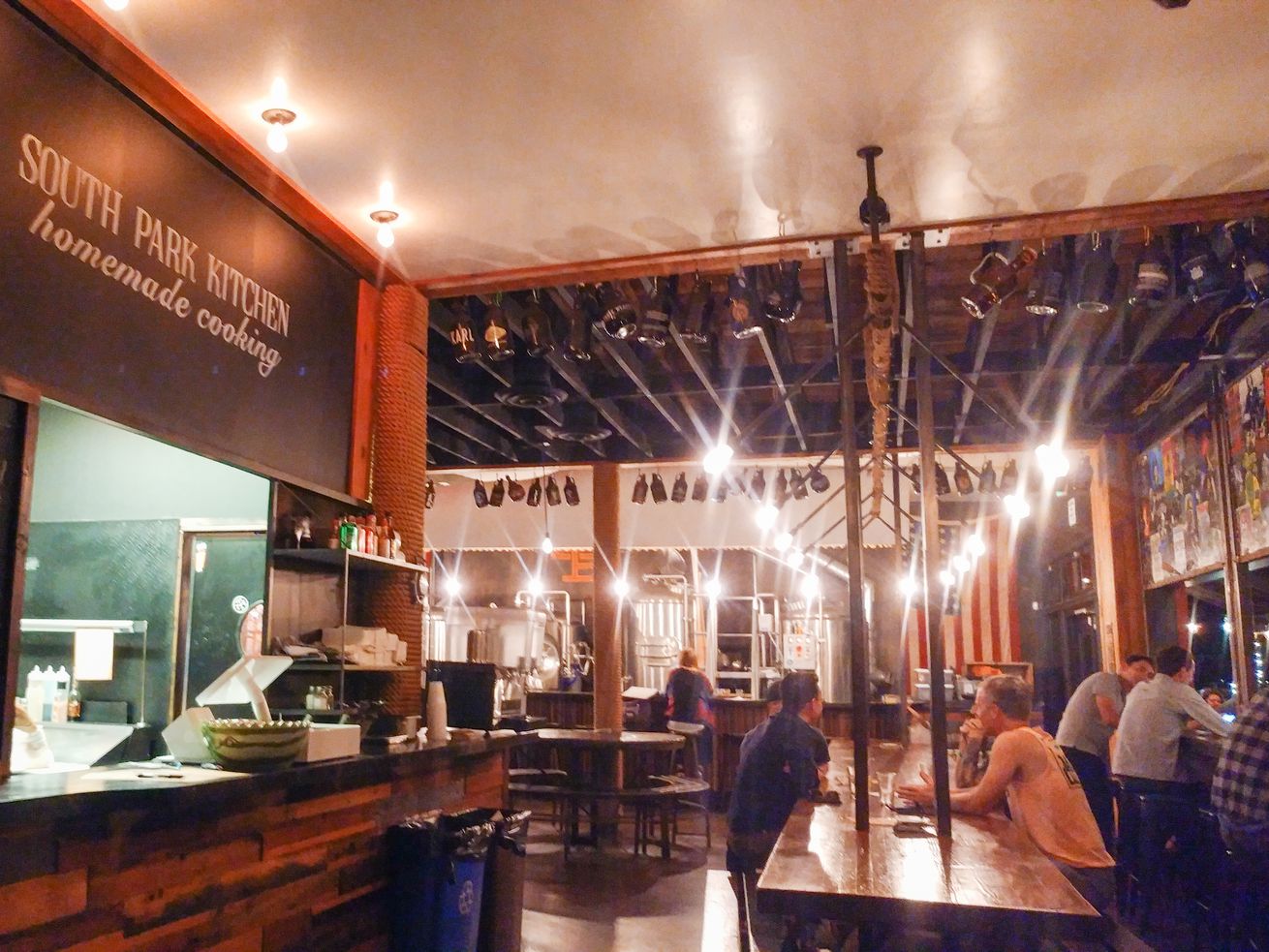 Business partner Lorenzo Romagnoli says the menu at South Park Kitchen was developed with the idea of pairing healthier fare with the taproom’s beers, and to offer a general alternative to the commonly-found fried foods featured at many pubs.

“We saw that there were burgers and Italian food places in South Park and wanted to bring something unique. We started to move forward with healthier food and added stews and grilled skewers,” said Romagnoli. “We want people to combine many menu items with all the different beers.”
South Park Brewing Co’s side kitchen space has a new tenant in place, which just began operations last week, taking over from the previous taco vendor. South Park Kitchen is now cooking up a Mediterranean-style menu based on grilled items, stew bowls, and various salads out if its kitchen alcove inside the 30th Street brewery. Grilled meats range from steak and chicken to lamb, salmon, shrimp, and tuna. Plate meals come with a choice of two sides, from fries and green beans to house salad.
The eatery is currently in soft opening mode and is expected to begin full operations soon.
South Park Kitchen serves grilled skewers and salads