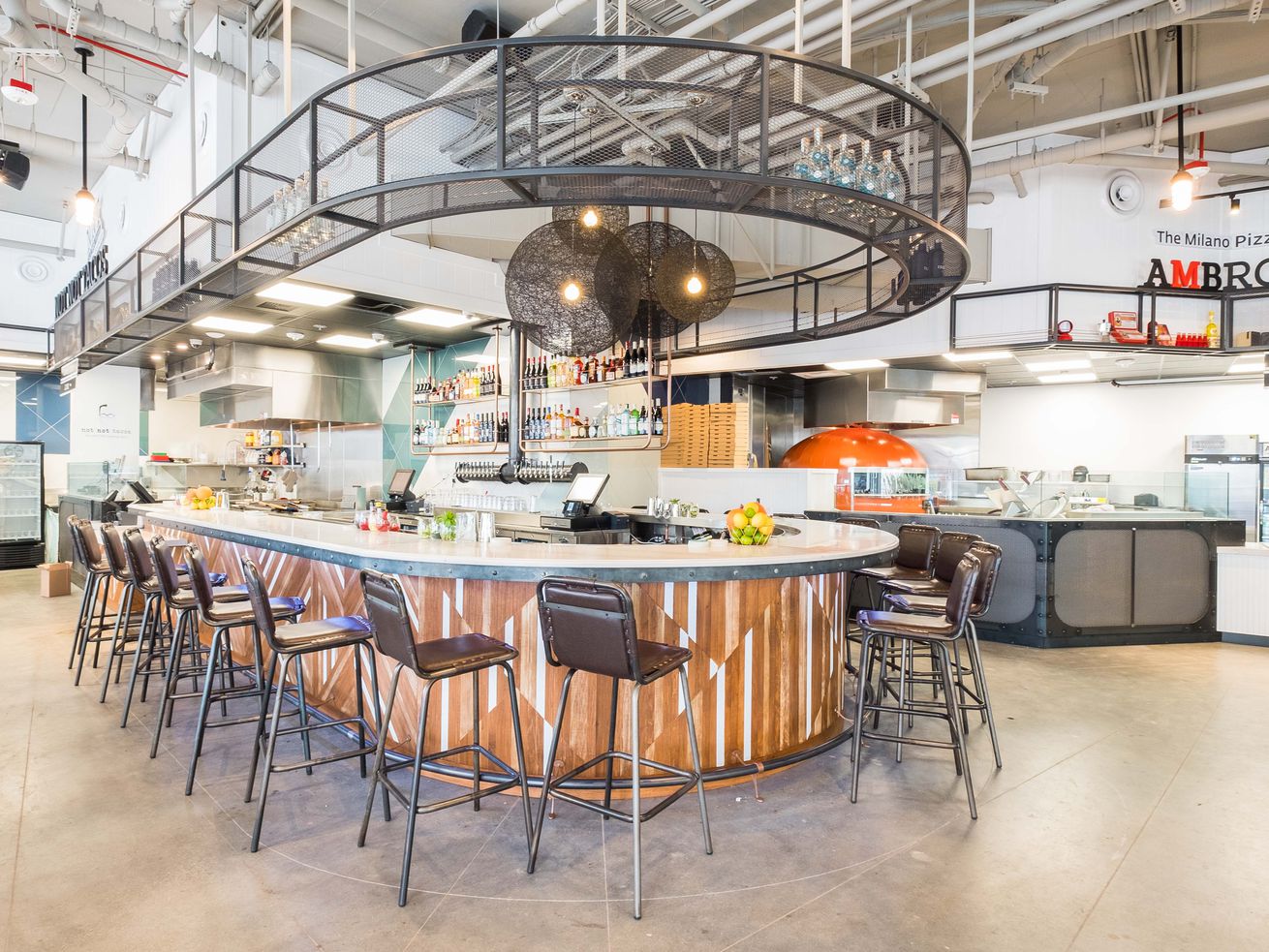 Haley Hill Photography The Little Italy Food Hall heads into its second year with a new eatery that will make its debut later this fall, joining Mein St. Asian Kitchen, Not Not Tacos by Sam the Cooking Guy, Wicked Maine Lobster, and Bobboi Natural Gelato in the space. Replacing Roast Meat & Sandwich shop in the 4,685-square-foot food emporium is a second offering from Ambrogio15, one of the hall’s founding tenants which also operates a Pacific Beach restaurant dedicated to its Milanese-style pizza. Ambrogio15 branches out from pizza
Ambrogio15 co-owners Giacomo Pizzigoni, Luca Salvi, and Andrea Burrone will be opening Semola, which brings the neighborhood its first spot for fast-casual pasta. Aiming to offer convenience, affordability, and quality, the majority of its pasta plates will be priced until . Based on freshly-made durum wheat semolina pasta in a variety of shapes, paired with scratch-made sauces using local and organic ingredients, the menu will include strozzapreti with sausage and mushrooms and bigoli, a classic Venetian pasta, in a meaty ragu. In addition to a kid’s menu, Semla will offer gluten-free, vegetarian, and vegan options, including zucchini noodles with vegan pesto.
Ambrogio15 is also set to help establish another food hall called the SkyDeck, which is scheduled to open at Del Mar Highlands Town Center next year.