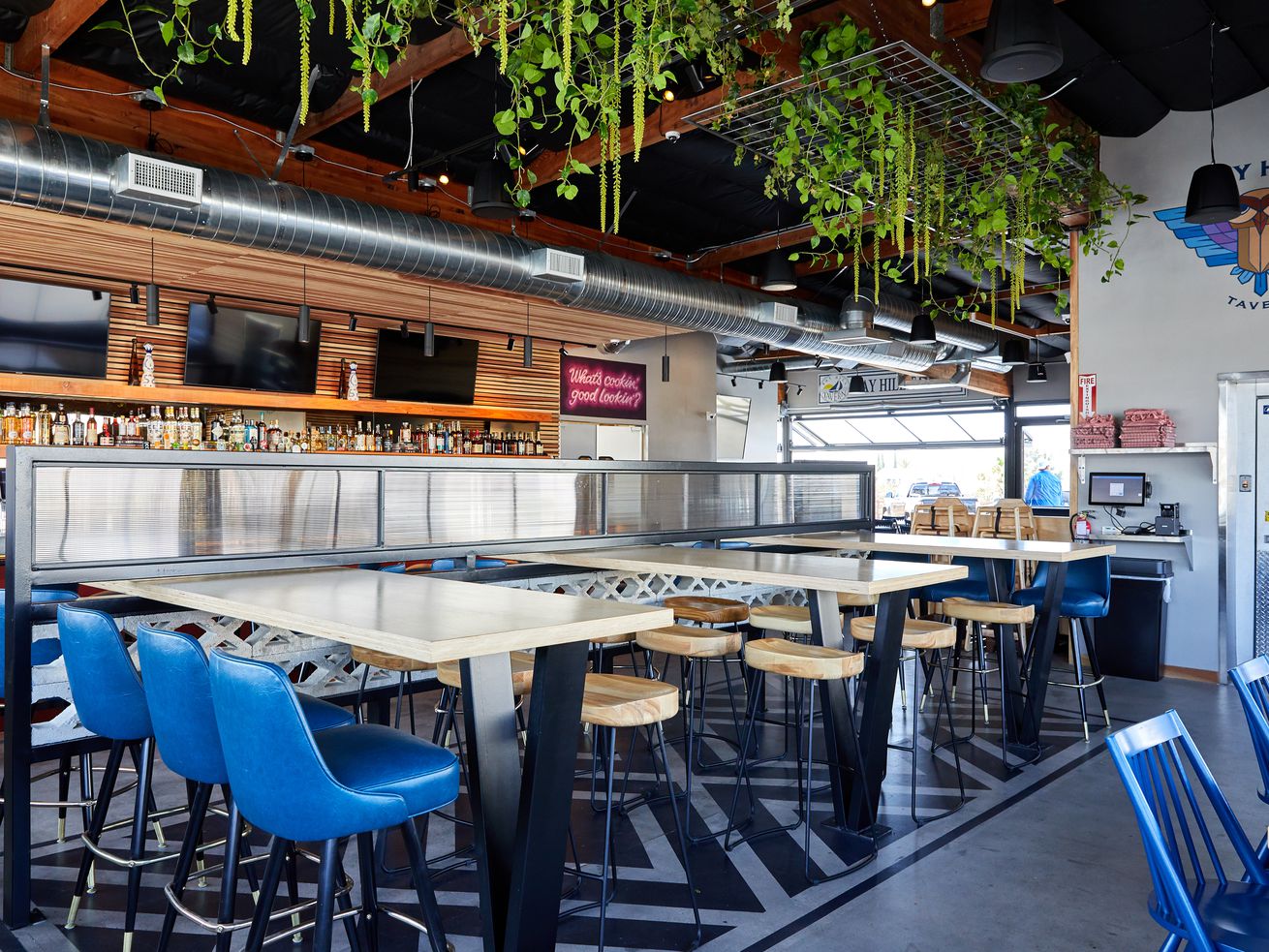 Its owners, who also operate North Park’s Working Class and Second Nature in Pacific Beach, have completely remodeled the 3,000-square-foot restaurant and bar, which has its own parking lot, floor-to-ceiling windows, and a garage door that opens onto a view of the bay. Partner Jeffrey Kiyama told Eater that the tavern plans to host live entertainment a few nights a week. As for future projects, Kiyama says the team might explore other local neighborhoods that could use more accessible eateries.
The operations team includes manager Chris Young (Nolita Hall, Cowboy Star), chef Andrew Nroz (The Lot La Jolla), and Travis Enos, who previously worked at Barleymash and created the cocktail list, which features an Old Fashioned with pecans and vanilla and the Self Care, which spikes lemon, ginger, and beet juice with tequila.
Across from the upgraded Clairemont Village center and the new Sprouts Farmers Market, Bay Hill Tavern opens today, bringing a family-friendly dining option to the communities of Clairemont and Bay Park. Most recently Blackthorn Irish Pub, Bay Hill was named after tavern that preceded it; an original sign, found by a former patron, now hangs in the new space.
Bay Hill Tavern is now open
Serving lunch, dinner, and weekend brunch, Bay Hill Tavern is open weekdays at 11 a.m. and weekends at 9 a.m. A 3 p.m. to 6:15 p.m. weekday happy hour will offer off beer, wine, and cocktails and off appetizers. Its all-day menu includes 12-inch pizzas, burgers, salads, sandwiches, and seafood dishes.