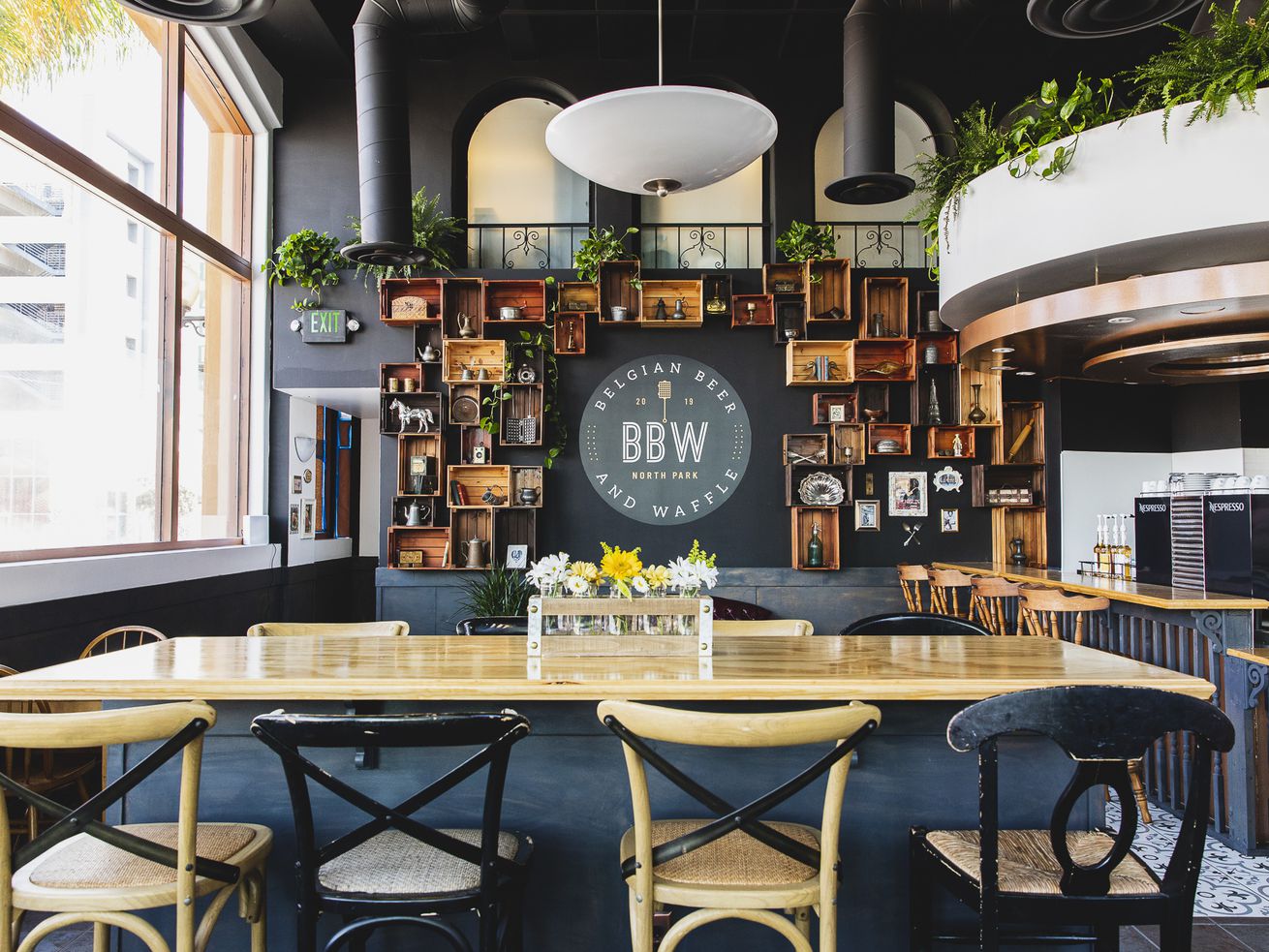 The 1,700-square-foot European-inspired cafe will offer three types of waffles, a rectangular-shaped Brussels waffle, a gluten-free and vegan version, and a Liege waffle made with a brioche-style dough and studded with pearls of sugar. The all-day, counter-service menu ranges from savory waffle sandwiches, chicken and waffles, and a waffle riff on avocado toast to waffles topped with ice cream, fruits, and sweet sauces. Other bites include salads and traditional Belgian frites fried in beef tallow. Its Brussels waffles have beer incorporated into the batter, just one of the house brews made for the eatery by Hopnonymous Brewing Co., whose owner Remy Zurita is a fellow Frenchman. Focused on producing private label beers for bars and restaurants, including a lager, hazy IPA, and peach-apricot sour for Belgian Beer & Waffle, the brewery will be taking over Council Brewing’s Kearny Mesa facility.
Ryon, who is working on a cocktail bar and another Le Parfait Paris location inside The Skydeck at Del Mar Highlands Town Center, tells Eater that they plan to open more outposts of Belgian Beer & Waffle around San Diego.
Belgian street food arrives on University Avenue
The founders of local French bakery Le Parfait Paris are taking a detour to Belgium with their latest project opening today in North Park. Replacing the Starbucks adjacent to The Observatory, Belgian Beer & Waffle is run by Guillaume and Ludivine Ryon and their partner Mathias Lagger and will feature sweet and savory made-to-order Belgian waffles.