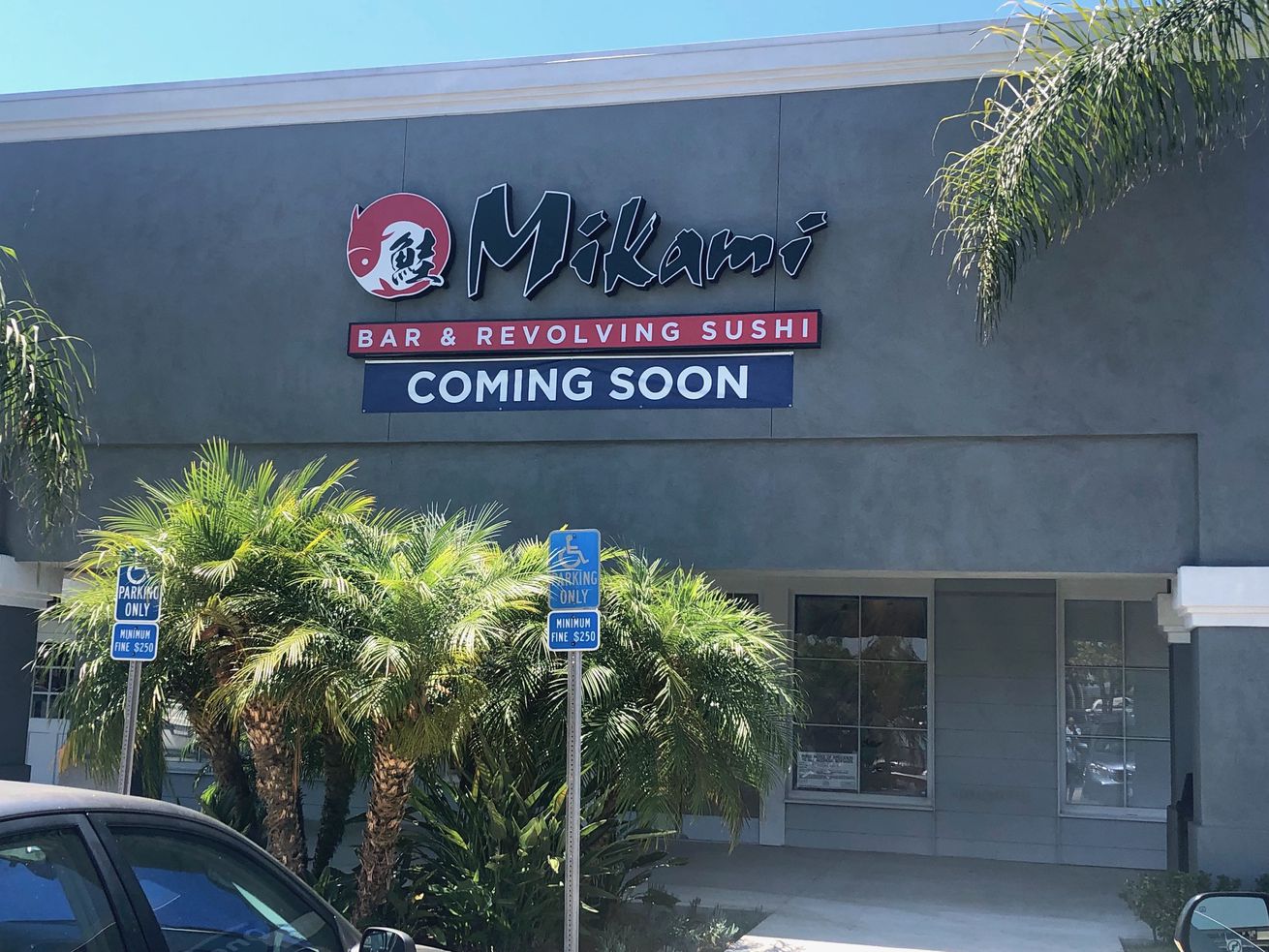 A large-scale Asian restaurant is bringing conveyor belt sushi and more to Kearny Mesa. Coming in at a spacious 6,000-square-feet, Mikami will share a Clairemont Mesa Boulevard complex with Lolita’s Mexican Food and Tea Station, and is scheduled to open by the end of September. The restaurant will be split into two distinct dining rooms. The main area will be filled by booths, with a rotating conveyor belt carrying plates of sushi that will wind past every table. The other section, decorated in a nautical theme, will offer a broader menu ranging from Cantonese stir frys and Asian fusion dishes to Cajun-inspired seafood boil. It will also feature a bar offering beer, wine, and sake.
Owner JJ Lin told Eater that the Kearny Mesa eatery is a test restaurant for the concept, and that he plans to open more locations if it proves successful.
Mikami will be only the second spot in San Diego to specialize in kaiten-zushi, the fast-food style of sushi that’s popular throughout Japan; Kura Revolving Sushi debuted on Convoy Street in 2015.
Mikami will serve sushi and other Asian dishes